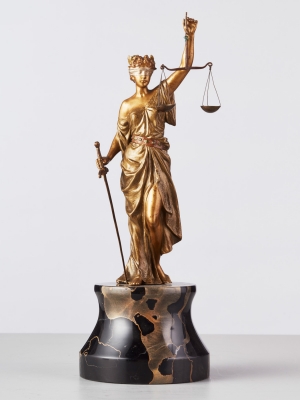 The cold painted bronze statue rises dramatically from a black marble base. Lady Justice carries the scale of justice aloft in her left hand and the sword of judgement by her right side. She is blindfolded, but stands confidently and beautifully in a draped dress fastened at the waist with a belt. Her expression and dignity are elegantly and realistically portrayed. Beautiful representations of Lady Justice are in great demand by lawyers and judges. Signed by Nissel and Sikova.

Nissel and Sikova were specialist retailers for fine art goods located in the Karntnerstrasse, Vienna in the early 20th century.

Lady Justice is an allegorical personification of the moral force in judicial systems. She originated as 'Lustitia' the Goddess of Justice within Roman Mythology, introduced by Emperor Augustus as justice was one of the virtues he celebrated.

The scales indicate her measuring the strength of the case's support and opposition. Since the 16th century, Lady Justice is often depicted wearing a blindfold, representing impartiality. The sword represented authority in ancient times. 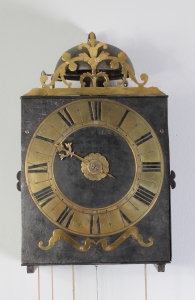 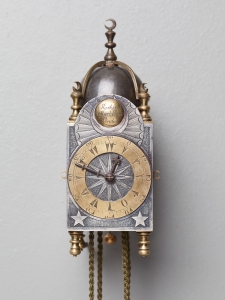 A rare English miniature lantern clock made for the Turkish market by Marwick Markham, circa 1740 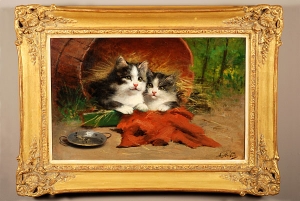 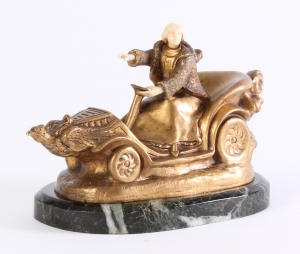 An Art Deco bronze marble and ivory sculpture of a car, circa 1920. 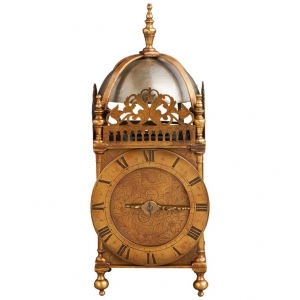 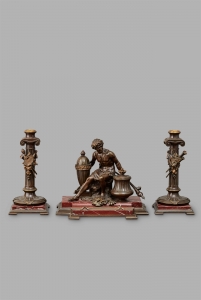