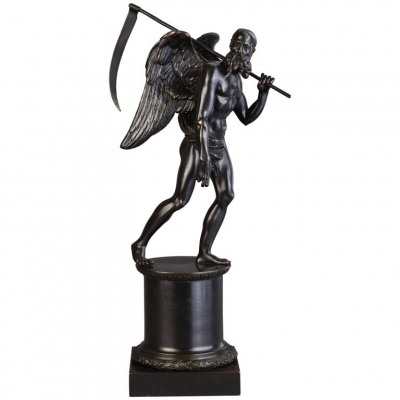 Title
A bronze statue of KRONOS (Cronus), circa 1820
Description
A bronze statue of KRONOS (Cronus)  - the symbol of time.
KRONOS (Cronus) was the King of the Titanes and the god of time, in particular time when viewed as a destructive, all-devouring force.
He ruled the cosmos during the Golden Age after castrating and deposing his father Ouranos (Uranus, Sky). In fear of a prophecy that he would in turn be overthrown by his own son, Kronos swallowed each of his children as they were born. Rhea managed to save the youngest, Zeus, by hiding him away on the island of Krete (Crete), and fed Kronos a stone wrapped in swaddling clothes. The god grew up, forced Kronos to disgorge his swallowed offspring, and led the Olympians in a ten year war against the Titanes (Titans), driving them in defeat into the pit of Tartaros (Tartarus).
Many human generations later, Zeus released Kronos and his brothers from their prison, and made the old Titan king of the Elysian Islands, home of the blessed dead.
Kronos was essentially the same as Khronos (Chronos), the primordial god of time in the Orphic Theogonies.
Dimensions
24 cm
Price
€ 2600
Share 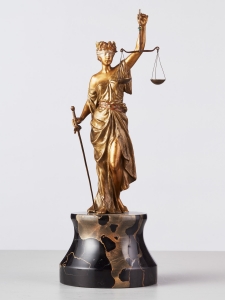 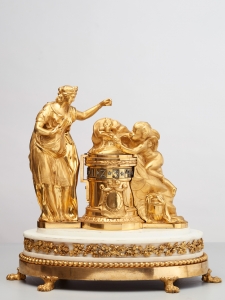 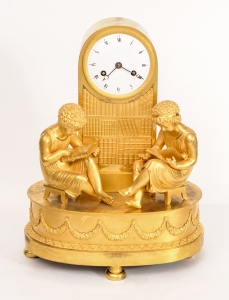 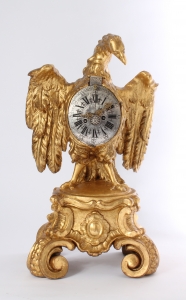 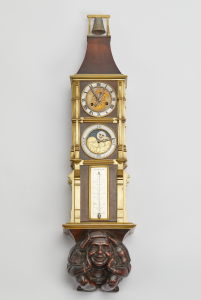 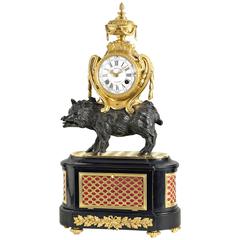