A French Bronze Statue of Mozart, circa 1880 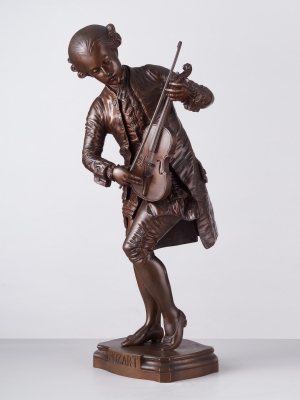 Title
A French Bronze Statue of Mozart, circa 1880
Description

Mozart is captured as a young man in a charming scene with his violin in this beautiful bronze statue. Mozart’s clothes are captured in stunning detail and he strikes an animated pose. Signed Paul Dubois.

Paul Dubois lived from 1829 - 1905. He was a French sculptor and painter from Nogent sur Mere. He produced mainly sculptures and statues, but was also a portrait painter. For example, he created a magnificent equestrian statue of Joan of Arc in Paris. 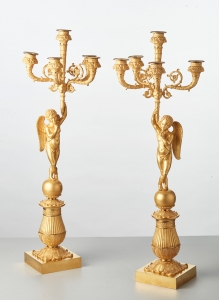 A pair of French bronze five-arm candlesticks with angels, circa 1830 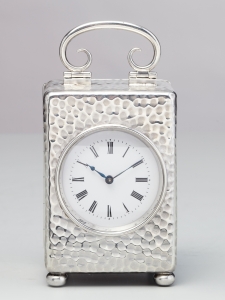 A small English silver travelling clock by William Comyns, circa 1900 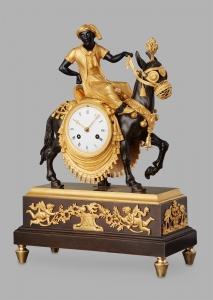 An unusual French ‘Directoire' gilt and patinated bronze mantel clock with young Arab on mule, circa 1800 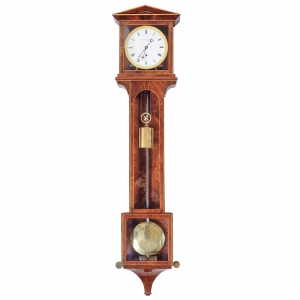 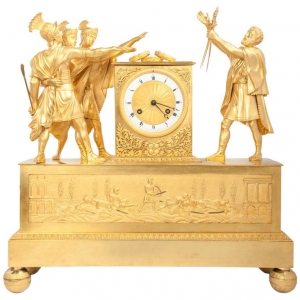 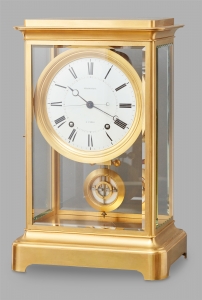